This is what our patients say about us.

I’ve been seeing Fiona Bateson for my Tinnitus problem for just over a year now and I can honestly say she saved me from going mad.

My Tinnitus was ruining my life when I found her. I had tinnitus for a year which seemed ok but suddenly it became a lot louder, drowning out everything around me. I couldn’t sleep and couldn’t eat. My family couldn’t understand why I was so upset with my noise and I couldn’t enjoy anything anymore.

I was very snappy with everyone and never wanted to join in anything fun because the noise was so loud and horrible. I felt it was ruining my life.

I couldn’t focus at work, so much so that I nearly lost my job over it.

I asked my GP for advice and he referred me to see her at Pinehill Hospital. As Mrs Bateson doesn’t like to keep her Tinnitus patients waiting to see her I was called by her Secretary who gave me a very quick appointment for the next day.

I was in such a sate when I saw her first but immediately I walked in for my first appointment she reassured me that something could be done. I left the clinic room a different person. Much less anxious, knowing so much more about tinnitus than I had found on the internet.

She tested my hearing which was fine and then explained in amazing detail what Tinnitus was and what I could do to quieten it down.

She started me on a course of Tinnitus Retraining Therapy immediately and from that first appointment, understanding what Tinnitus was and following the programme, I have reduced my Tinnitus so much that I hardly notice it’s there anymore. I can sleep properly now, have no problems feeling stressed or anxious about it and have complete control over it.

Fiona was so supportive and understanding. She cut right to the points I needed to know and asked my husband to attend the appointments, which he did, so he could help me with the retraining too.

She suggested we might like to go to her Tinnitus Support Group at Pinehill Hospital which we now do and although my tinnitus is quiet and under control we both find her talks and information evenings really interesting.

I don’t know what would have happened if I hadn’t seen her. I’m just so grateful that I did and would advise anyone with tinnitus to do the same and not believe anyone when they say there’s nothing you can do about tinnitus. Thanks to Fiona, I’m living proof that there is.

CALL US NOW TO MAKE AN
APPOINTMENT AT ONE OF OUR
CLINICS AND GET BACK TO GREAT HEARING:

WHAT OUR CLIENTS SAY ABOUT OUR SERVICES

I would recommend Fiona to anyone who feels their child is having hearing problems. She very quickly found out why my 8-year-old daughter wasn’t hearing so well at home and struggling a little at school and with the treatment Fiona recommended she is now back to normal hearing and doing brilliantly at school. Fiona is an absolute professional in her field but has such a nice manner about her not only with adults but also with the children she sees.

I saw Fiona for help with my very bad hearing loss. I had worn hearing aids for years but was still struggling to hear everyone as well as I wanted to. Fiona really understood the problems I had with my hearing, did some hearing tests and suggested some very different hearing aids. When I tried the new aids I nearly cried as suddenly I could hear the way I wanted to again. The way I hadn’t heard for years. I can’t thank Fiona enough for giving me my life back not only to me but to my family and friends who are astonished at the transformation in my hearing. Hearing this well I thought was only a dream but with her help I am enjoying my life again.

When I first saw Mrs Bateson for help with my hearing problem I was so sure nothing and nobody could help me but I only wish I had seen her sooner. She immediately put me at ease and listened to the problems I was having. She examined me and tested me and recommended some tiny hearing aids which have been perfect and improved every aspect of my life. I’m particularly grateful for all her help and support as my husband and I hadn’t realised my hearing problem had caused such a strain on our relationship. Now our relationship doesn’t feel so strained anymore as I can hear him and everyone else again.

I have a very tough, high-powered job and was struggling to hear at work, especially in meetings and on conference calls. Going out with friends was becoming hard as I couldn’t hear that well in restaurants and parties and I realised I had started to turn down invitations as I didn’t feel I could enjoy going out as much. At my first appointment Fiona took a detailed history, examined my ears and talked about ways she could help. After lots of tests she explained what was causing the problems with my hearing and suggested I just try some really discrete hearing aids and boy what a change they’ve made to my life. I wish I had seen her when my problems first started because I can now hear everything I want to and incredibly I can link my hearing aids up to my iPhone and all my Bluetooth systems at work and at home so I can now hear better than everyone else. I would recommend Fiona to anyone with concerns about their hearing. Don’t wait, she’s great.

I can’t thank Fiona enough for her lovely care and support she gave me with my Tinnitus. My ENT Consultant at Addenbrookes suggested I see her and although it was a bit of a journey to get to Hitchin I would have travelled to the end of the country for the amazing help and treatment I had from her. She has literally given me my life back. My Tinnitus had stopped me enjoying any aspect of my life. I couldn’t concentrate at work, I couldn’t sleep properly, had stopped going out with my friends and my family didn’t really understand why I was so unhappy with the Tinnitus. She gave me the best advice I have had over many years suffering with this condition and now my Tinnitus is so much quieter it’s amazing. Thank you so much Fiona x

A friend had suggested I take my elderly father to see Fiona as she had seen her with her elderly mother and thought she was a caring and sympathetic person and how right she was. From the moment we met her she greeted us with her lovely warm smile and such a caring manner. She supported us both through the problems he was having hearing us and his friends and gave us both great advice and tips on how we can communicate better with each other. She then provided him with the most amazing hearing aids that have given my Dad his life back which is such a joy to see as he is starting to love life again at the age of 88.
Thank you, Fiona, for all you’ve done for him and us! We’re so grateful.

My GP recommended we took our 5-year-old son to see Fiona as my husband and I thought he wasn’t hearing as well as his twin. He was struggling with his reading and spellings and tended to mishear at home sometimes and want the TV louder than everyone else.
At our appointment with her she discussed his problems with us, examined him under the microscope which he loved, did some fun tests with him and discovered that he had Glue Ear. She recommended a very nice ENT Consultant colleague who operated on him and put grommets in within 2 weeks. The moment he woke up from the anaesthetic we knew his hearing was back to normal as he asked us to stop shouting. He went back to school two weeks later and according to his teacher has done extremely well and has now caught up with his peers, even to the point of passing them all in their listening and spelling tests. We have just had a repeat hearing test with Fiona and she has confirmed his hearing is now perfect. We would highly recommend Fiona to any parents who think their child’s hearing isn’t quite right. She was extremely professional but also very friendly and fun with our son. Thank you Fiona.

I was referred to see Fiona by my GP to discuss my hearing and Tinnitus and felt a great relief from the moment I met her. She absolutely understood what I was going through, helped me understand my Tinnitus and gave me great advice on how to control it. My Tinnitus doesn’t control me anymore, I control my Tinnitus which is a great change and I can’t thank Fiona enough for all her help, advice and caring support.

CALL US NOW TO MAKE AN APPOINTMENT AT ONE OF OUR HEARING CLINICS ACROSS HERTFORDSHIRE: 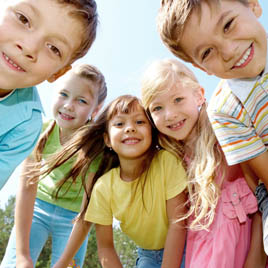 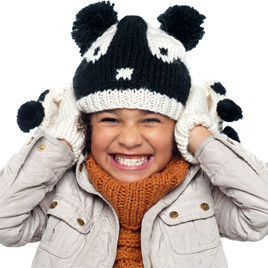 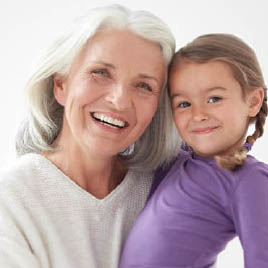 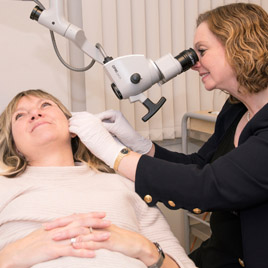